The traditional pineapple jam tarts is my family's favourite cookie during the Chinese New Year (CNY) festive season. There are different varieties of pineapple jam tarts. We prefer the traditional ones with a ball of jam sitting on a circle of pastry. Two years ago, I tried making the Nastar version, but everyone in the family found them too buttery.

I only make pineapple jam tarts once a year because it involves a lot of work starting with making the pineapple jam and then the pastry. The least amount of work required is in eating the tarts.

Pineapple Jam
2 medium-sized pineapples
320gm raw sugar (may need more sugar if the pineapples are not sweet)
1 cinnamon stick
Note: the jam can be made ahead and stored in the fridge or freezer. 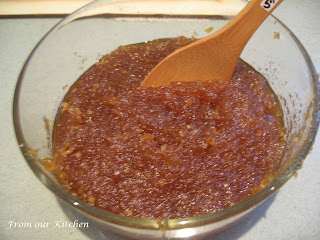 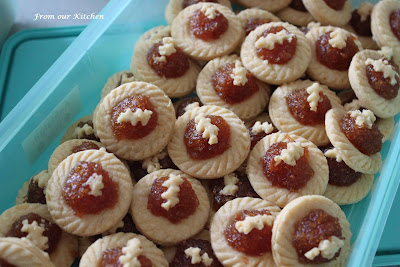 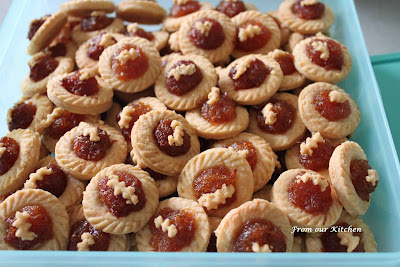 Makes about 75 pieces.
Note: with the amount of jam made, I needed to make two recipes of the pastry.

Another submission for Malaysian Monday, pop over to Shaz's blog - Test with Skewer to find out more.